Often times we all get the blues.  Sometimes its the stirring of an old memory, a song perhaps, the smell of a familiar food.  Our senses strain to absorb all those tangible and even intangible processes. Fall colors stir my senses, help me feel alive, happy, free.  Even the smell of burning leaves or the "spice" of the outdoors wafting across the wooded landscapes penetrating my nostrils with an invigorating aroma gives me some sense of gratitude and adventure.  I am alive, riding my Harley with almost sensory abandon, scouring the countryside for those scenic travels awash in fall slendor on an almost daily pursuit now.  Colors are presently near peak in Iowa, but the telling of the tale says soon it will be time to park for another season.  My soul is starting to feel the blues of the season as it succumbs to the snowy trails of winter.
﻿﻿﻿ ﻿﻿﻿
Last year I rode over to the Freedom Rock, and this year I decided to make a return trip.  Freedom Rock is just that.  A rock!  There is located west of Des Moines a rather large rock that a local artisan paints in a veterans motif, paying tribute to all veterans for their service and sacrifice.  I try to visit it every year as the mural is changed during the Memorial Day weekend every year, so it is a neat little trip to make on the Harley just to see how the mural changes.  The artist also has used the ashes from fallen Vietnam veterans in the paint as an additional honor to those fallen.  To date the remains of 16 veterans resides in the paint on that rock.
My return trip this year was held up for a few days by a flu bug which kept me home trying to recover. It's a nasty bug, but October 17th I felt well enough to suit up and mount up for a days ride there and back.  Probably not the best decision to ride since I still felt a bit weak from the bug I have been fending off, but I also knew the weather was spot on perfect, and I needed some wind in my hair.  The trip really is not all that scenic in itself, although there were spots of colored foilage dotting my route.  Stopping briefly just west of Ames for gas, I noted other groups of Harleys heading out as well, so I knew I probably would not be alone.  The trip there is a bit over 180 miles one way, and a perfect day for getting outside and enjoying the sunshine.
﻿﻿﻿ ﻿﻿﻿
As I pulled up, I noticed several cars parked in the rock area and even a few Harleys as well.  Looked like I wasn't the only one with the same bright idea.  The rock was beautifully colored, including a prayer recited from Eleanor Roosevelt that is just about the best way to describe how I feel about veterans.  As the "crowd" mingled, one couple and I struck up a conversation about the rock, and as it turns out, the gentleman I was speaking with was an old World War II veteran of the navy.  We hit it off, talking about our naval experiences and sharing our thoughts on the rock and of being a veteran.  I hope that I see this man again, as he was a delightful reminder of his service to our country!  He plans to attend the Honor Flight to Washington DC next April in Cedar Rapids, so I hope to see him there.  He served on LSM 275, a landing ship platform designed to land supplies and equipment onto beachheads.  Coincidentally they have posted a web site, so anyone who has a chance go to lsm275.com for a look see.
﻿ ﻿
After spending about an hour at the rock, talking with various visitors and just enjoying the beautiful day, I decided it was time to start heading back.  The ride back would take almost 3 hours, and I would be getting back home after sunset.  One of the most dangerous times on any motorcycle is at night.  The visibility of a motorcycles is reduced, the profile is not recognizable, and the deer love to roam the roads at night.  Its bad enough to hit a deer in a car, but on a motorcycle the chances of surviving an impact with a large animal such as a deer are pretty low.  Riding in town at night can be ok in well lit areas, but in the rural areas it is a dangerous trip even for the best motorcyclists. While I have ridden at night in the outlying areas, I simply prefer to not push my luck any.
As I pulled into the driveway, I made my prayers known.  On every trip on my Harley, before I leave the garage I always thank God I am alive, and so it goes when I get home.  Riding any motorcycle is inherently dangerous, and I take my riding very seriously.  I dont like taking chances on the bike, and I always consider not only my safety but the safety of those around me.  To that end, as I pulled into the garage, I thanked God I was alive, and thanks Him for my trip.  That I live in a country where I am free to ride as I like, where I like, and do what I choose to do.  I am most thankful that I have the support of my family as well, for they relish in my riding as much as I enjoy riding.
Hi Mom - Get Healed Up.  Peace and Love everybody! 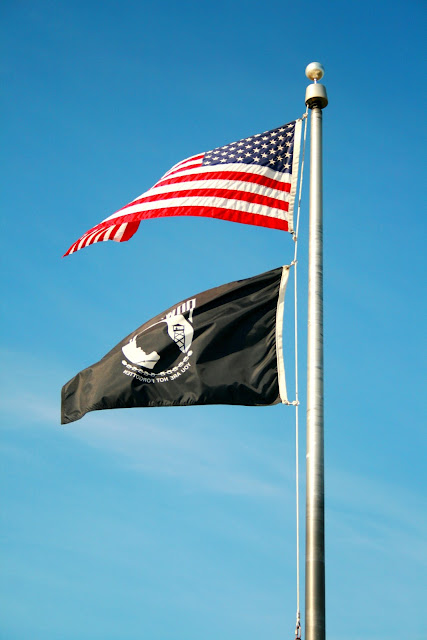 The Color of Time

I get all sorts of giddy inside when the colors start coming out.  I just cannot get enough of the reds yellows even some purples here and there.  So just for giggles, here are a few pics from my Friday bike ride to the Mississippi Palisades State Park north of Savanna, Illinois.  This is a wonderful park with a number of scenic viewpoints along the Mississippi River where you can see for miles.  It is also a very popular route for us motorcyclists to see the fall colors, so I took this trip on Friday so as to avoid the traffic which seems to really clog up the place on weekends.

There will be more to follow.  After all - ITS FALL!!!  Oh thats right, did I mention that the Quack Attack is back???  Woo Hoo!!!


Peace and Love everybody - Enjoy!
Posted by boomer64 at 7:35 PM No comments:

Gettin' the Gloves Off

﻿﻿
You know, there are some things in life that chaff my ass.  Yes I am going to be downright blunt.  There are some things that just irritate me like bird crap on my Harley.  I am a pretty patient guy, but lately I have been getting some signals that I am not welcome in certain places.  Take, for instance, the attorney's office I visited recently.  I went in all dressed up (hey - Levis and a sport shirt is dressed up to me!), checked in with the secretary, only to discover my appointment was canceled.  "Excuse me - why?" and the response "I don't know".  After a bit of wrangling we got it straight, met with the attorney for a couple hours, and left with some information I needed to resolve a dispute.  I don't care if you are personal assistant to Billy Gates or Mr. Barack H. Obama, if I make an appointment, my time is just as valuable, if not more so than yours.
This particular rant begins in another place.  Let it never be said that I am not one that narrows his vision on one thing.  Take my Harley (Melissa!).  I have wanted a Harley since before Gerald Ford was president.  That being said, you never know what might come at you, and I actually looked over a couple other non Harley models a few weeks back.  It is amazing to see what different manufacturers come up with, and its neat just to study them.  Unfortunately, there are a few select individuals who seriously need some Ex Lax in their feedbag.  Take, for instance, the guy at the drug store the other day who began staring at me while I was mounting up to go home. "You Harley guys are too obnoxious".  Excuse me?  Where did THAT come from?  Whatever - then I must be obnoxious because I ride a Harley, right?
Then there was the two younger "ladies" and I use that term loosely, who decided to walk right in front of me while I was trying to pull out of a gas station after I had gassed up Melissa.  They kept walking right in front of me and kept glancing back knowing I wanted around them.  When they got to the end of the entrance they stopped effectively blocking me from leaving.  They didn't look a day over about 20 (I got an ingrown toenail that's older than that!) and I am not sure if it was the Harley or my leather jacket, but after I got around them, they decided to give me the "Hawaiian Peace" sign.


A few days ago I went to the bank to deposit a check I had been waiting for awhile.  Another one of those "private" surveys I had drawn up for a business associate had been completed, and all I wanted to do was put my money in the bank.  I filled out the deposit slip, walked up to the teller, leather jacket on, and she asks if I was on that "noisy Harley" she heard pull up.  "Well, yes now that you mention it I did"....to which she responded "Why can't you Harley guys tone it down".  Tone what down? "Every Harley I hear is so darn loud and those guys are all tattooed and obnoxious".  HUH?  About that time the head teller took over, handed me my receipt, and thanked me for the business.  Not sure I heard the last part ma'am!
The more I ride my Heritage, the more I get the "impression" that just because I ride a Harley, just because I OWN A HARLEY, means I MUST be one of "those" guys. Lets set the record straight.  I ride a Harley because its what I like.  It fits me and my lifestyle.  It holds fond memories of looking through all those biker mags every time I came home from sea.  It wasn't the "Playboy" mag I took with me on that submarine - it was a stack of bike mags.  I tried other models, and some of them seemed ok, but for my riding experience, nothing beats a Harley.  I work two jobs to make a living to pay for the things I love, Now I am guilty by association just because I own a Harley.  BAH HUMBUG!
﻿﻿﻿﻿ ﻿﻿﻿﻿
Anyone who is narrow minded enough to believe that ALL Harley guys are rabble rousing law breaking obnoxious one percenters have never been on a Patriot Guard ride.  Never attended a military funeral on a bike.  Never sent off young men and women to war.  I have met teachers, engineers, police officers, firefighters, doctors, some of the most hard working honest decent people on those Harley's who give their time freely to such causes as breast cancer awareness, Toys for Tots, and Coats for Kids.  It is so amazing to see someone pull up behind you on the side of the road just to ask if everything was ok.  Some of the friendliest folks you want to ever meet can be found on a Harley.  How anyone can make the assumption that a guy on a Harley must be up to no good needs to remember one thing "Judge Not - Lest YE BE JUDGED".
That sure felt good.  Peace and Love everybody! 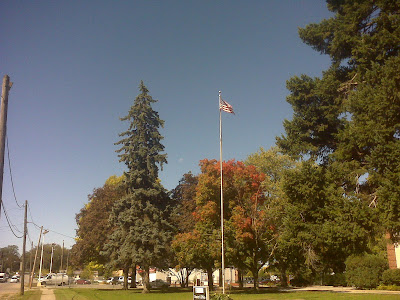